Positive Intelligence in Real Life | My conversation with the PQ Godfather 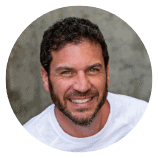 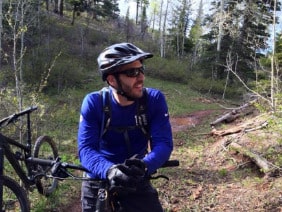 Positive Intelligence has been a life-changing practice for me. So much so, I think of life as pre-PQ and post – kind of like BC and AD.

I recently had a chance to watch the Positive Intelligence operating system play out in real-life – with the godfather of PQ himself, Shirzad Chamine. Let’s just say he and I had a healthy disagreement and had the opportunity to play within the operating system to explore our own Judge and Saboteurs in addition to our Sage.

The scene started off with a disagreement in which Shrizad and I simply did not see eye-to-eye. In the days leading up to our discussion, I was completely hijacked by my Judge. It was telling me all the reasons this disagreement was an injustice, how angry I was entitled to be with the change, and how slighted I felt by feeling like I did not have a voice. Stories my Judge spun up were complete doom and gloom. As much as I tried to find my Sage, it just wasn’t coming. I did my mental fitness exercises (called PQ reps) to quiet my Judge and even when I achieved neutral thoughts, I still couldn’t find the Sage perspective. Lucky for me, the PQ operating system offers a tool just for this kind of scenario. Cue the conflict resolution model to help me find a healthy understanding of Shrizad’s perspective.

The first step of the conflict resolution model within positive intelligence (and one of our five Sage powers) is to explore. During this step, both beforehand and during our discussion, Shrizad and I both shared our perspectives on my perceived injustice. We talked about the reasons behind the disagreement and what we were both trying to accomplish. We explored how the initial disagreement affected us personally, in real-time, and our perceived impacts of the exchange in the future. During this exploration period, we also discussed the pros and cons of our perspectives.

It’s important to note that Shrizad and I both recognized neither of us was right or wrong. To categorize our perspectives in this way would mean that in order for either of us to be right, the other had to be wrong. And who wants to be wrong?!?! Not to mention, it’s hard to compromise or see the Sage perspective of a situation if you’re fighting to be right and therefore prove the other wrong. Rather, we put the facts, opinions, and feelings on the table as puzzle pieces and only the two of us were able to piece the puzzle together to form a cohesive and agreed-upon picture.

Next, we used our navigate power to determine what was ultimately important before moving forward. Our negative emotions and thoughts were hindering our ability to see the merits in each other’s perspectives. So, we found a mutual agreement, a tenet if you will, that we both agreed was for the betterment of the whole – not just one perspective winning over the other. With this newfound tenet to stand on, we could move forward in a more positive light. This doesn’t mean some of the hurt and upset wasn’t present – quite the contrary. It was still there! But now we weren’t focusing solely on the negativity of the situation as we had been before. We now could navigate towards resolution through the eyes of compassion-based thoughts and emotions.

We both brought judgments and Saboteurs to the situation. Mine was the Controller; I wanted to control the situation to completely suit me without consideration of much else. Kind of like wanting the sun and stars to revolve around me and me alone. It’s not fair to call out Shirzad’s Saboteurs in this public forum, but he was open and honest about his and how they played into the circumstance. By identifying the Saboteurs at play and putting them on the table, we could then intercept their sabotaging ways before they derailed us. When they inevitably did creep in, we could both identify them (“there goes my Controller again!”) – and work towards neutralizing them.

Throughout our discussion, we called upon our empathy power. We’re both honorable men who felt hurt by one another. By remembering that behind this situation are men with emotions, protection mechanisms, families, and careers, we were able to focus on those honorable traits instead of thinking we were somehow purposely trying to hurt the other. At the end of the day, we just had a simple disagreement that needed to be resolved with cooler heads, Sage perspective, and respect.

Finally, we used our creative powers of innovate to determine an agreeable way forward to then take laser-focused action (the activate Power!) to move forward.

Positive Intelligence has been THE thing for me

I’m so grateful to have Positive Intelligence as my go-to practice and also to have the opportunity to use it alongside the godfather himself. I often joke, “I’m not a paid spokesperson for PQ.” Kind of like Sy Sperling with Hair Club, I’m not only the president, I’m also a client. I’m a daily practitioner and learner in addition to being a Sage Coach for my clients, family, and friends. Seeing PQ in action has furthered my belief in its merits and I know it can be the missing link for us all. If you’d like to explore a different way to handle conflicts, please contact The Kanthal Group and we’ll be happy to help. 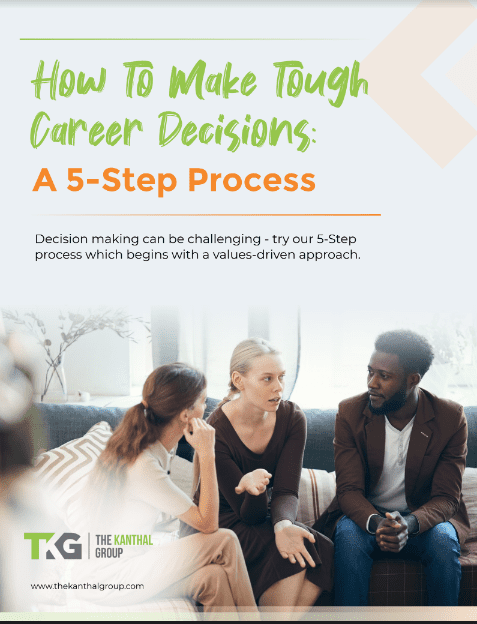